"Our talent is so happy with the recognition they got for their work in MONSTER, as you can imagine, and thank you, Kowa, for believing in us and for being patrons of the arts!" says film director Alex Rask.

MONSTER was filmed exclusively with just one LM8HC, a 1" megapixel, 8mm, C-mount, fixed focal lens that was independently modified to work with a micro four thirds camera. While the LM8HC was primarily designed for industrial and factory automation applications, Kowa lenses are finding their way into the cinema industry. In addition to the LM8HC lens, Kowa's 1" LM6HC, a 6mm focal length option, and 10MP JC10M series lenses are an increasingly popular option for C-mount cameras due to their high resolution performance.

Mr. Rask describes his experience in filming MONSTER with just one, fixed lens here: "I think every film is supremely challenging - whether it is a short form or a feature, and regardless of the technologies used. Yet, some tech can make filmmaker's life easier, and others may stand in the way. I find that Kowa's diminutive 8mm LM8HC lens is a huge help - sharp, fast, light-weight, it allows for a very quick operation, and high quality results that the perfectionist in me can be totally satisfied with!"

Kowa is extremely proud of MONSTER's accomplishments at the NoHu NYC Festival and looks forward to increasing their presence and support for MONSTER and Prime HD. MONSTER is now an Official Selection of the Praxis Film Festival and can be viewed February 6-7th, 2015 in Goldsboro, North Carolina. For more information on Prime HD and their short film, MONSTER, please visit their site at http://PrimeHD.com/MONSTER/ 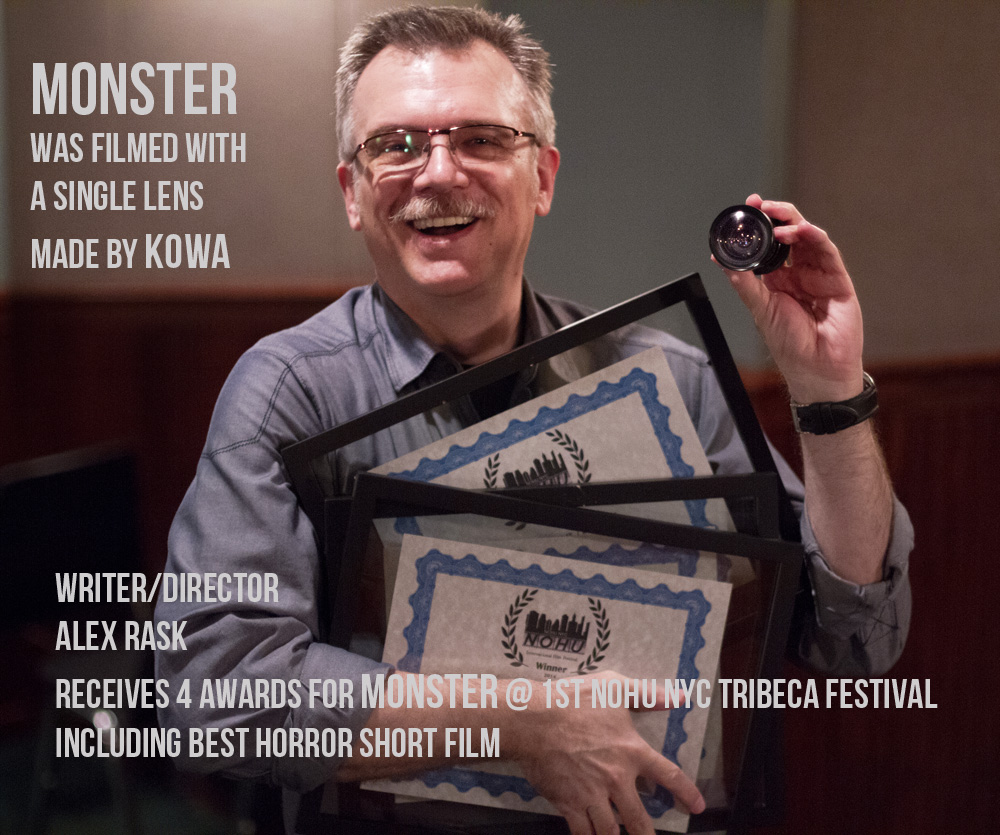